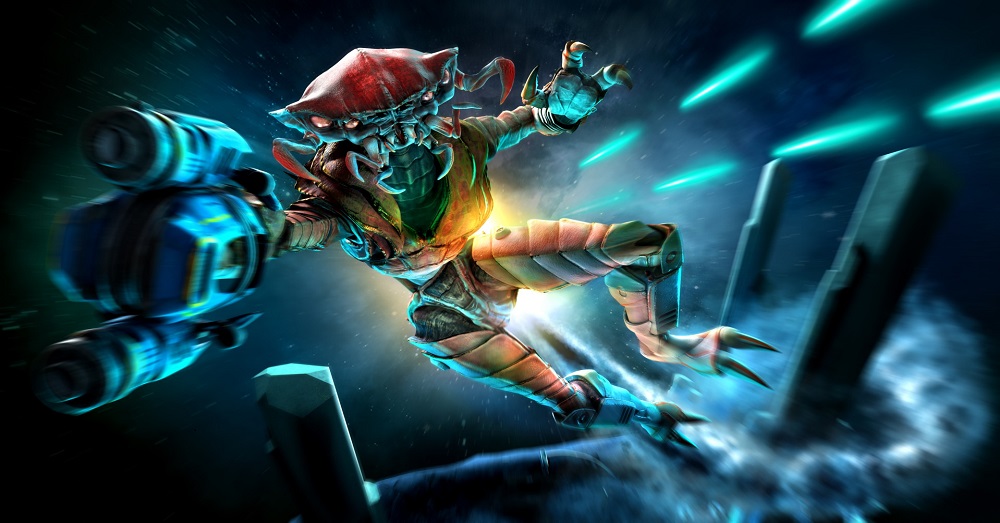 Season 1 Episode 2 introduces quite a number of brand new content. In the Instablast mode, you are given the same weapon and you only need one shot to take down your opponents. Since can only take one shot ah, you need to go to your opponents carefully and with a strategy because reloading the weapon takes time after every shot. Also there are two new maps called Final Destination and Gunner Station. 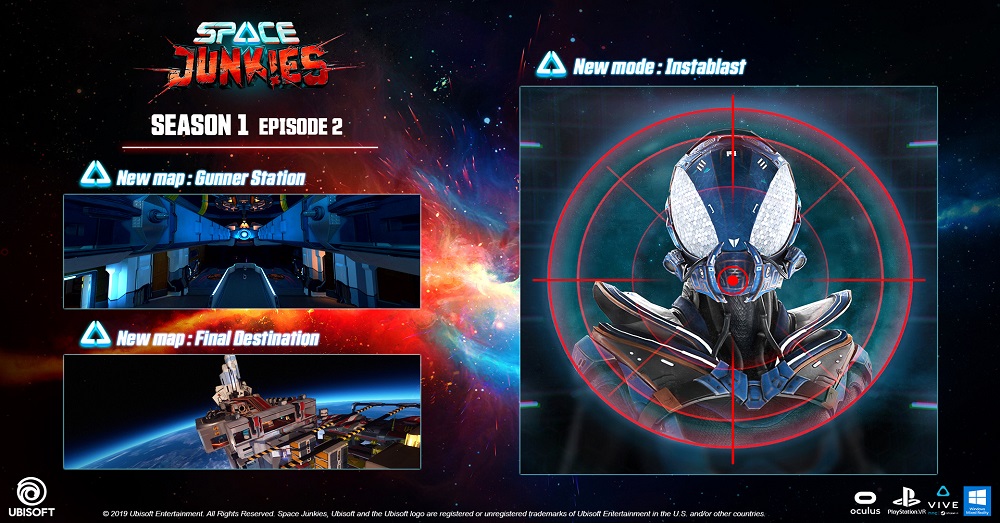 Besides that, the PlayStation Move controllers and smooth rotation is now supported in Space Junkies. 3dRudder, the foot-based motion controller, is also available for early access users on PSVR, Oculus Rift, HTC Vive and Windows Mixed Reality. 3dRudder enables full locomotion of the feet, allowing players to move in all directions with more precision and speed which means you can now focus hand controls on grabbing weapons, shooting down enemies while using a shield or hitting opponents with a laser sword. 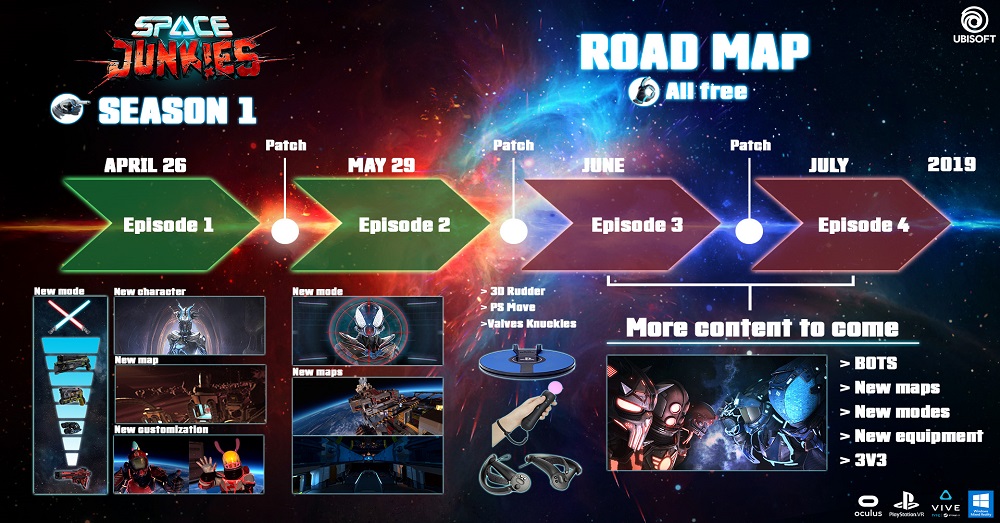 Good thing is Space Junkies are going to continue introducing free content updates throughout Season 1. This will include new game modes, characters, maps, and many more surprises. New content will drop through a season-based approach, each season containing four episodes for a period of 16 weeks.

COD Modern Warfare will have no zombies mode

COD Modern Warfare will have no zombies mode